The Miami native trained early as a dancer, starting at age 7, and began performing with a hip hop company. She attended performing arts middle and high schools and sang and acted professionally from the age of 10. Since 2016, she has performed as one of five women in the ensemble of the blockbuster musical Hamilton, treading the boards eight shows per week until the shutdown of 2020, just as Aberman moved from Chicago to join the Los Angeles cast. The show finally opened at the Hollywood Pantages Theatre in August 2021.

As a fully employed MBA student, Aberman is definitely unconventional — maybe even “a weirdo,” she laughs. She isn’t, however, the first Anderson student who also happens to be a professional dancer. She follows in the nimble footsteps of fellow FEMBAs Maxine Hupy (’21), a choreographer-turned-senior consultant at Deloitte who is also an entertainment entrepreneur and who founded Ballet Beach Body; and Arun Mathai (’21), the Los Angeles County Museum of Art’s budget manager who danced his way through an MBA as one of the few men in the U.S. who professionally performs an Indian dance called bharatanatyam.

Like her colleagues, though, Aberman has simultaneously cultivated entrepreneurial endeavors and divided her attention among an array of professional pursuits. Originally a dance major at the University of Florida, she found it limiting for a four-year education, so she studied applied physiology and kinesiology and took a broad range of coursework in various disciplines. “I’d perform for a while and my brain would itch and lead me to pursue something else,” she says. “For most creative people, that journey isn’t unusual — it’s an asset to not necessarily have such a direct line to a final career outcome.”

Aberman’s path has been anything but linear. She accrued tenure performing on a cruise ship, worked as an intern at a cake shop and tried a phase as a personal trainer. She got a taste for running operations when she joined a raw chocolate startup after moving to Los Angeles the first time in 2013. “I realized, wow, there’s a whole world I had never experienced before that I’m cut out for,” she says. “Then I had a really random opportunity to work at a law firm. I had gotten this itch for organizational skills so I said, ‘Let me see what this normal job is like.’”

She gamely honed some practical skills at the law firm for roughly 18 months, and then auditioned for Hamilton in 2016 and moved to Chicago when she landed a part. The rest is, to an extent, history — but make no mistake, Aberman keeps her all experiences, whether “weird” or “normal,” at the ready.

“I’ve always had a desire to run my own business — or run someone else’s,” she says. “It could be in any field. I wanted to develop confidence, to be able to have someone trust me with their business.” She found that the FEMBA program nurtures passions in any serious student of business, poet or quant. “I’ve realized my strengths as the program has gone on. I bring to the table skills I might have felt awkward claiming before.”

The demanding task of balancing work and school was tempered somewhat when Aberman couldn’t perform because of COVID-19 precautions. She found out in pandemic what it was like to devote whole days to her studies. She had the latitude to join FEMBA Council’s equity, diversity and inclusion committee, working with students, faculty and staff to remove outdated, fundamentally sexist texts from required reading. She says Hamilton — where she had more than three years under her belt when she enrolled at Anderson and the support, contractually, to absent herself one weekend per month to attend classes — has provided secure employment, unlike some companies. She is paying her way through business school but has received a FEMBA fellowship and financial assistance from the One Anderson Student Relief Fund, and she knows how to live frugally. Also, she says, “No other program offered the flexibility UCLA does.” 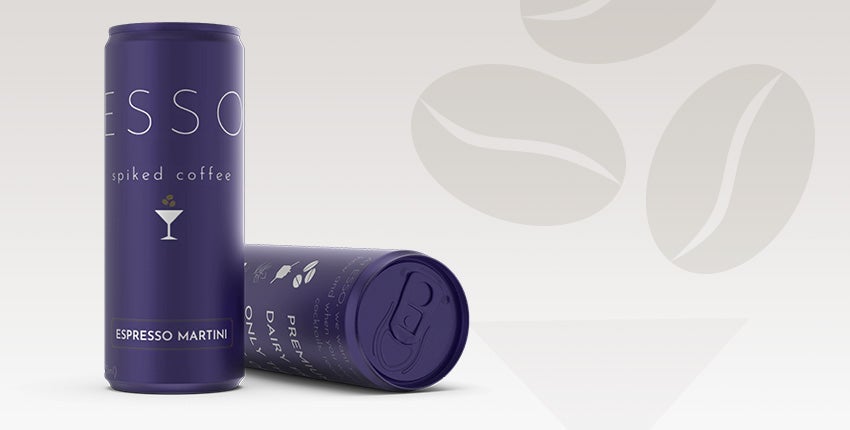 Aberman selected Anderson’s Business Creation Option as her capstone, and her team is developing a ready-to-drink canned espresso martini. There’s a poetry to bringing seemingly competing ingredients in harmony that parallels her life and choices. She designs the product branding and presentations and, amid her six-day work week, often pulls together late-night edits and last-minute details.

When she thinks about the kind of business person she wants to be, Aberman says entrepreneurship and social conscience are among her most cherished priorities. “Building something that has impact, and having a great community to work with, are important to me. I feel like I have that now as a performer and it would be nice to solidify that in business. In an ideal world, I’d like to continue stirring both pots at the same time. If one of the pillars defining me professionally is solid, I have the confidence to go out and flail in the world.”