A company incubated as an MBA capstone project lands $23.8 million in public funding to address the city’s housing crisis

On October 15, 2019, Greg Comanor (’19) and Aaron Sassounian (’19) heard what most newly minted MBAs would love to hear but possibly never will: Their business proposal to a city with one of the largest economies in the U.S. was funded to the tune of $23.8 million.

What’s more, this payout — approved by the Los Angeles City Council to fund construction of desperately needed housing for the region’s homeless — is a direct result of Comanor and Sassounian’s capstone field study at UCLA Anderson.

“Daylight has identified a market niche where financial returns and social impact intersect. These are the types of solutions we need in order to build our way forward.”

When they were enrolled at Anderson, Comanor and Sassounian chose what’s known as the Business Creation Option, a relatively recent addition to the school’s venerable 52-year-old field study requirement, the first among business schools. Now in its 16th year, BCO is the only field study program at Anderson available to students in all three MBA programs — full-time, fully employed and executive MBAs.

BCO faculty director Jeff Scheinrock, president and CFO of capital investor Originate, says, “The purpose of the BCO is to give students the resources and tools to take their business idea to reality.” However, the BCO is primarily an academic capstone field study. It’s highly competitive and teams must apply and qualify academically. In 2019, 48 teams are embarking on BCO projects, including three affiliated with the cross-disciplinary UCLA Biodesign Program. BCO teams work in the state-of-the-art Anderson Venture Accelerator, where such companies as UNest and KPOP Foods were incubated. 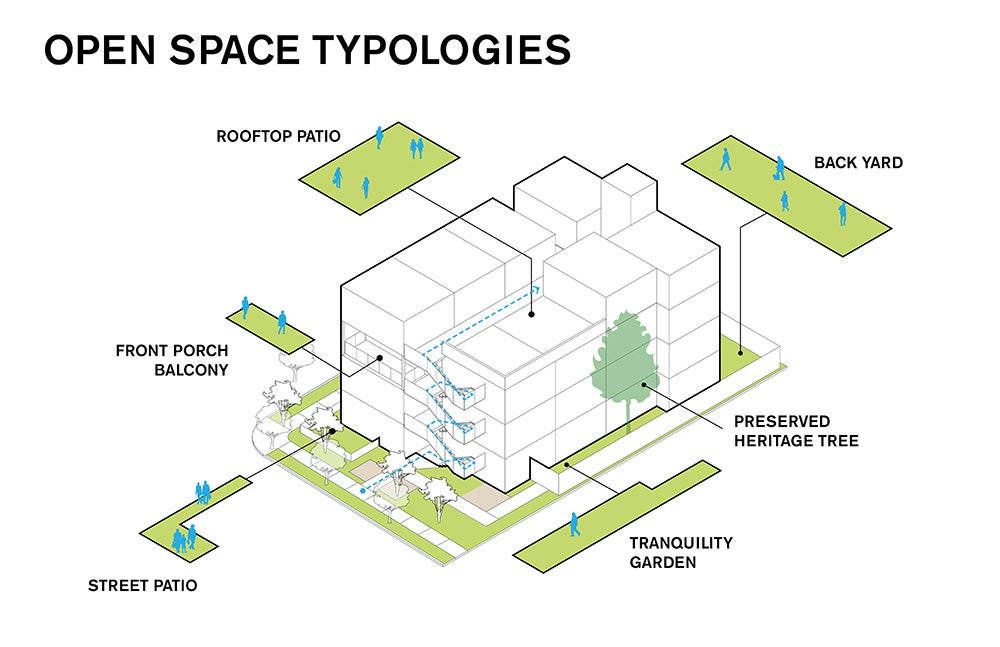 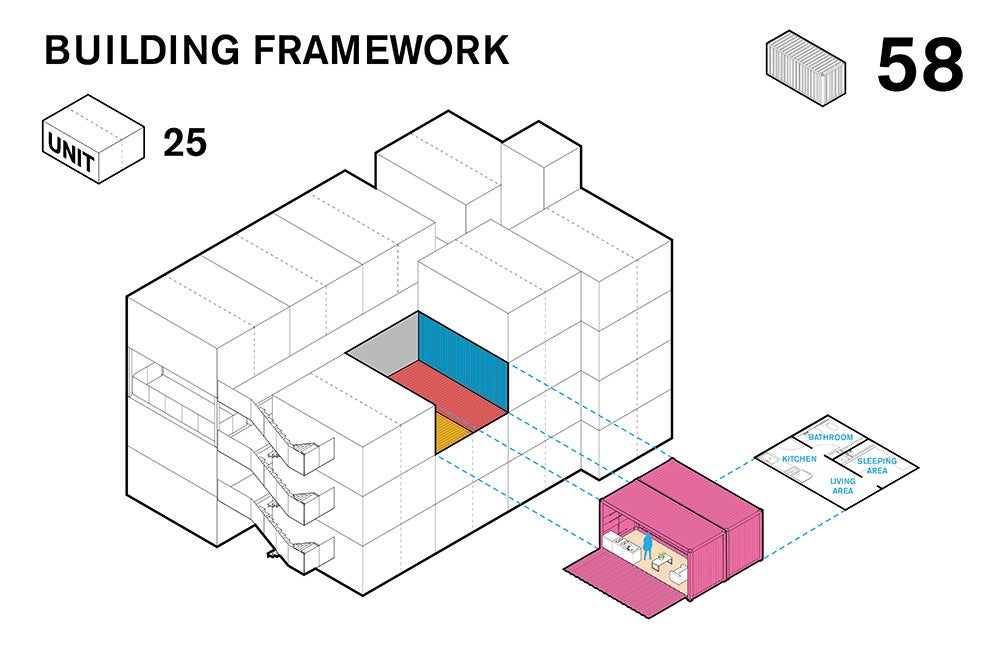 Comanor and Sassounian were relatively seasoned by the time they were expanding their business ideas at Anderson. Comanor was a fellow in the Levine Distinguished Fellows Program of the UCLA Ziman Center for Real Estate and both were well acquainted with Ziman staff and resources, including the center’s vital local network. “Aaron and I were both real estate-focused students, coming from backgrounds in venture capital, investment banking, retail and multifamily development,” says Comanor. “We felt a nudge to do something socially conscious.”

In May 2018, they held a friends-and-family impact capital funding round and bought a site in the Watts neighborhood of L.A., then established the necessary partnerships to develop it for permanent supportive housing. They applied for $2.5 million in HHH allocation and were thrilled to receive it in January 2019.

Comanor recalls, “We took a step back, we looked at ourselves, and said, ’Holy cow, this might be a business.”

Native Californians, both say they feel strong ties to UCLA and both chose Anderson and its program with purpose: Sassounian’s family is “full of Bruins” and Comanor’s father is a professor of health policy and management at the UCLA Fielding School of Public Health.

They say that Anderson’s Business Creation Option “gave us the avenue to research and grow the business,” which they pursued with fellow Class of 2019 students Sonya Falcone, Daniel Fine and Molly Tarrant under the team name Neighborhood Works. As they surveyed the field, they noticed that L.A.’s permanent supportive housing was being built at much higher costs than developers or city government previously anticipated. This burden on funds has made HHH controversial: Funds get diluted as they go through bureaucratic pipelines but, also, land and construction costs in the region are significant. Reducing the expenses connected to development and building requires innovation.

What distinguished Neighborhood Works’ BCO proposal, Scheinrock says, is that the team was particularly creative in navigating complicated regulatory channels. Comanor and Sassounian came equipped with real estate expertise but had to tackle a sharp learning curve to get on top of policy. They were gratified that their faculty advisor, UCLA Anderson lecturer Jon Funk, embraced the opportunity to educate himself in the space in order to guide them. Funk, founder of private venture capital firm Ocean Road Partners and an expert in startup finance, also tapped his own network, making valuable introductions to help Comanor and Sassounian brainstorm with others in the field.

“He coached us in communicating this business model to people not as well-versed in the space. It’s hard to do, it’s so esoteric,” says Sassounian.

Funk says he is delighted by their success. “Greg, Aaron and the rest of their BCO team did an outstanding job developing the company while part of Anderson’s BCO Program. “They took full advantage of all the resources the program and the school provided.” 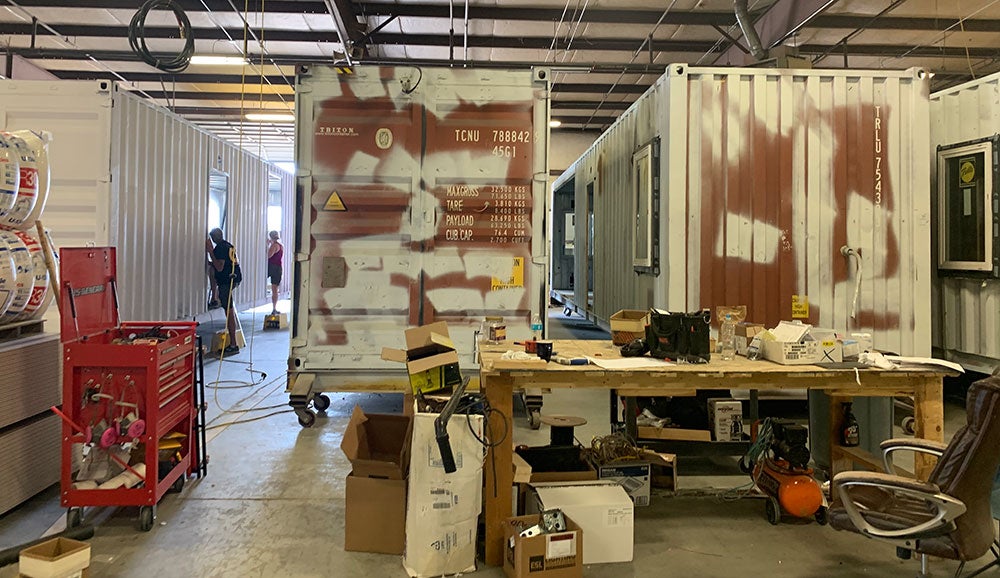 “We at UCLA have a particular obligation to address the human and social catastrophe that is playing out in our neighborhoods and on our streets every day,” says Ziman executive director Tim Kawahara. He says of Daylight’s team, “They have identified a market niche where financial returns and social impact intersect. These are the types of solutions we need in order to build our way forward. Daylight was incubated in our office and on our campus, so we have an acute stake in their success. Ziman will continue to support Daylight as they scale their PSH developments here in Los Angeles.”

Comanor notes that affordable housing is expensive to build in Los Angeles. “The city’s Prop HHH innovation challenge offers us the ability to prove what works and what doesn’t, and then to apply these strategies to the next available funding source to maximize our collective impact. We’re just excited to be pushing forward in an industry with little innovation to date.”

Sassounian adds, “We don’t need to be the only ones in the space. We’d be excited to see other developers adopt our model as the cheapest, fastest HHH project afoot and the best custodian of taxpayer dollars.”