EdTech Startup Emile Takes the Pulse of the TikTok Generation

Michael Vilardo (’21) (left) co-founded e-learning platform Emile in 2020 and, with his team, has raised more than $5 million in seed funding
Share this article:

Days after beginning his MBA studies in August 2019 at the UCLA Anderson School of Management, Michael Vilardo (’21) unveiled his timely idea for a property-technology company.

VHomes, which Vilardo scaled up with guidance from mentors at the Anderson Venture Accelerator, turned vacant and distressed motels and other locations into weekly and monthly rentals for budget-minded travelers and tenants.

“It was profitable from Day 1 and won many competitions,” Vilardo says. A year after the launch, he sold VHomes to a Bay Area short-term rental company and became a minority owner of that technology platform, now called NomΛd, which pays him monthly revenue.

His latest venture is Emile, a 2020 ed-tech startup for the TikTok generation that lets students earn high school and college credits by taking classes in brief bursts online and on demand. The offerings range from AP language and AP biology to personal finance and acting.

Whether slapping a hockey puck as a center for the Colombian national ice hockey team (as he once did) or starting a business, Vilardo goes for the gold.

Vilardo, 28, and his fellow Latino co-founders of Emile recently raised more than $5 million in a seed-funding round led by Kleiner Perkins, a Silicon Valley venture capital firm. Other investors were SoftBank Opportunity Fund, Uber Alum Syndicate, Owl Ventures and current or former executives of Goldman Sachs, Cameo (a platform that sells personalized videos featuring celebrities) and Teachable (a teaching platform). 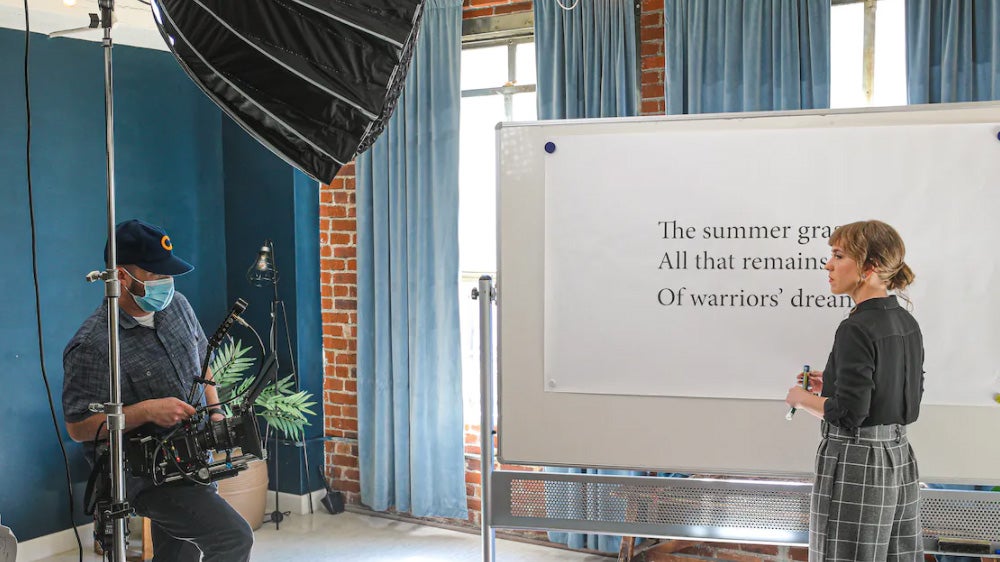 Emile produces on-demand videos, quizzes and study guides, with a curriculum that includes experiential classes like acting and a range of electives

Becoming an entrepreneur was not always at the top of Vilardo’s to-do list. A natural athlete, he dreamed of wielding a bat and wearing a glove as a professional baseball shortstop and second baseman.

Vilardo was born in Geneva, Illinois, and grew up in Cary, a Chicago suburb. His Colombian American mother was born in Chicago; his Italian American father was from Gary, Indiana. Both parents, who divorced years ago, grew up in tough areas.

He also played baseball at the University of Pennsylvania, where he was a two-time All-Ivy player. He was the first from his high school to attend and graduate from an Ivy League school.

At Penn, he studied philosophy, politics and economics and graduated a year early, in 2014.

After such a course of study, many graduates would choose to go into law or consulting. “I was a rare one who went into technology,” Vilardo says.

But first he took a detour, devoting a year to taking graduate-level classes and playing baseball at Purdue University, a Big 10 Conference school, with the hope of catching the eye of a Major League Baseball scout.

Throughout his sports journey, he says, his father, who played baseball at a junior college, “instilled competitiveness, teamwork, group dynamics and discipline.”

“Make as many close personal relationships as you can as quickly as possible. Meaningful friendships will always lead you to a great place in life.”

By age 22, Vilardo realized that gritty determination and hustle were not enough to make his “dreamer’s dream” come true. He let go of the idea of becoming a professional, although he continues to skate for the Colombian team and to play competitive roller hockey. In 2018, the Colombian team won the gold medal in the first LATAM (Latin America) Cup competition, with Vilardo leading the tournament play in goals and (goal-assist) points.

After pondering possible career paths, he says, he landed on entrepreneurship — with its reliance on speed, timing and teamwork — as the “most analogous to athletics.”

From 2017 to 2019, Vilardo worked for Uber, the ride-hailing service, as part of the company’s New Mobility division, which seeks to expand the company’s transportation modes, including electric bikes and scooters; and for Uber Freight, an app-based service for shippers and carriers.

“These startups within a startup gave me great entrepreneurial experience,” he says. Moreover, Uber’s initial public offering in May 2019 provided him with a substantial nest egg.

Itching to start his own business, Vilardo decided to pursue an MBA. UCLA Anderson awarded him a fellowship aimed at empowering business leaders of color.

“Mike entered the room with his dynamic and vibrant personality,” she says. “Mike is smart, curious and a team player. He sees market opportunities and is the type of founder we love working with because he is humble and coachable and appreciates the access that UCLA Anderson provides to founders.”

Early on at Anderson, Vilardo met and mentored Felix Ruano through the school’s Riordan Programs. Founded in 1987 by former Los Angeles Mayor Richard J. Riordan and William Ouchi, a UCLA Anderson distinguished professor emeritus, the programs provide training in leadership and management to students from diverse and disadvantaged communities. Many participants are the first in their families to attend college.

Ruano, a McKinsey and Harvard alumnus, was running a test prep and tutoring business that he hoped to build into a more robust education company. The onset of the COVID-19 pandemic in early 2020 caused the business to sputter. Vilardo and Ruano became close friends and brainstormed over dinners about how to leverage the need for remote learning into a business opportunity.

“Gen Z and Gen Alpha have grown up with social media. They have much more ability to assimilate technology. They have difficulty paying attention for more than 15 minutes at a time.”

“The pandemic helped us get more awareness about and openness to changing the status quo educationally,” he says.

They enlisted Jon Quiros, a Dun & Bradstreet and Cal Poly Pomona alumnus, as their co-founder and chief technology officer.

Emile was born, with Ruano as chief executive, Vilardo as chief operating officer and Quiros as chief technology officer. The company name is taken from “Emile, or On Education,” a 1762 treatise about the place of the individual in society, by Jean-Jacques Rousseau, a Genevan philosopher and writer.

“We went to market quickly with something we talked about in summer 2020 and incorporated in October 2020,” Vilardo says. The site went live in December and has 50,000 trial users. The goal for 2022 is to have 50 classes covering the full high school curriculum.

“Gen Z and Gen Alpha have grown up with YouTube, Instagram and other social media,” Vilardo says. “They have much more ability to assimilate technology. They have difficulty paying attention for more than 15 minutes at a time.”

The target audience is motivated high school students seeking to earn high school and AP-level college credit by learning online and on demand. Emile is accredited by the Western Association of Schools and Colleges, which views the company as an online private school.

The co-founders are busily recruiting instructors and paying young influencers on TikTok and other channels to talk up their website, hiemile.com. Vilardo alone puts in more than 100 hours per week to build the company (leaving less time for travel, one of his passions). The team oversees not only recruitment but also high-quality video production and curriculum development.

TikTok led the Emile team to Rebecca Rogers, 25, who teaches social studies at a high school in Raleigh, North Carolina. She had recently begun posting videos about history to cheer up her students, who were in a pandemic-induced funk. With 1.5 million TikTok followers, Rogers acknowledges that students’ short attention spans can prove daunting when it comes to teaching complex concepts. In the classroom, she typically encourages students to relate such concepts to their own lives in some way. 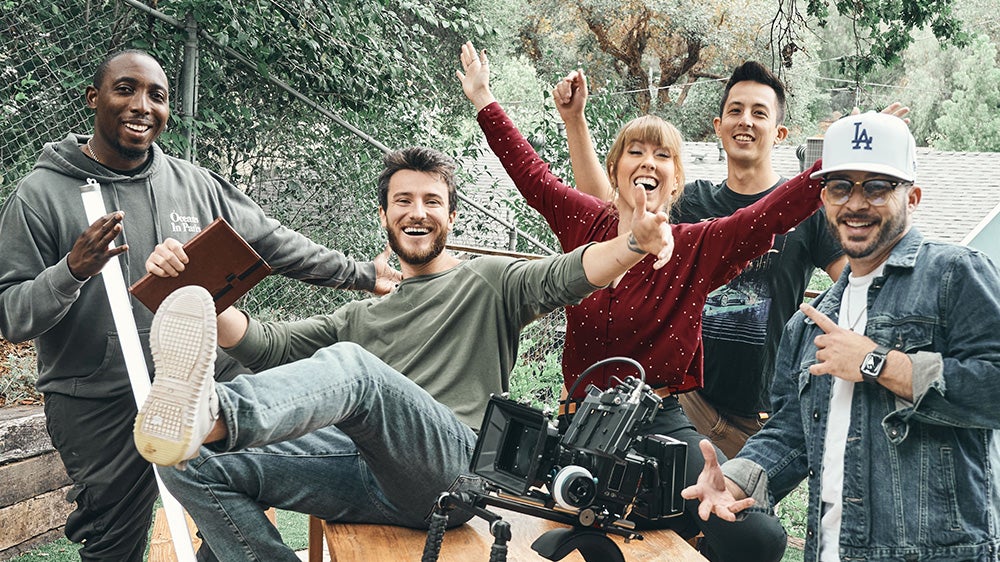 In July 2021, she will travel to California to work with Emile’s camera and sound people. In the three-to-nine-minute videos she plans to prepare, she will seek to make history as fun and interesting for students as it is for her. One challenge will be how to teach writing skills when she is unable to give feedback.

TikTok is also where Vilardo found Mirajur Rahman, 17, who as of August 3, 2021, will be a senior at Lawrence North High School in Indianapolis. Rahman has more than 155,000 followers for his minute-long videos filled with studying and testing tips. An immigrant from Bangladesh, Rahman says Emile’s short videos “are much more organized than my regular classes.

“The pandemic has been mentally draining,” he says. “This year, especially because of COVID, completely threw off the education system.” Rahman says the Emile videos, with their high production values and popping colors, “took me out of that mindset that I’m stuck in a class.” He finds it especially helpful that he can view the videos repeatedly. “I like to watch them over and over until I understand the material,” he says.

Rahman has even caught the entrepreneurship bug from Vilardo. He dreams of returning someday to Bangladesh to build a group of hospitals to offer free health care.

Vilardo has some advice for future MBA students, too. “Make sure you come in with a plan for what you want to accomplish,” he says, “and make as many close personal relationships as you can as quickly as possible. Meaningful friendships will always lead you to a great place in life.”