Bruin Patty Gonzalez Johnson (B.A. ’99, Riordan Fellow ’02) was a first-generation college student on the campus where she’s forged her career

Startups Showcase a Diversity of Thought

Born and raised in Santa Monica, where she still lives with her husband and three children, Johnson (B.A. ’99, Riordan Fellow ’02) enrolled at UCLA in 1994 and graduated five years later with a degree in psychology, with a specialization in business administration.

Johnson had worked her way through college and thus wasn’t able to avail herself of any unpaid internships or extracurricular career-related activities. She took a job at a temp agency with a UCLA affiliation. That position led her to get a foot in the door at UCLA Anderson, where she eventually landed a full-time position supporting the school’s marketing faculty. The marketing area at the time included such academic luminaries as Don Morrison, Lee Cooper, Mike Hanssens, Carol Scott and Bart Bronnenberg, not to mention current faculty members Aimee Drolet Rossi and Sanjay Sood. Johnson’s work with that group earned her the Abe Ackerman Staff Excellence Award in 2001. Subsequent to that recognition, Johnson enrolled in UCLA Anderson’s Riordan Programs as a Riordan Fellow. 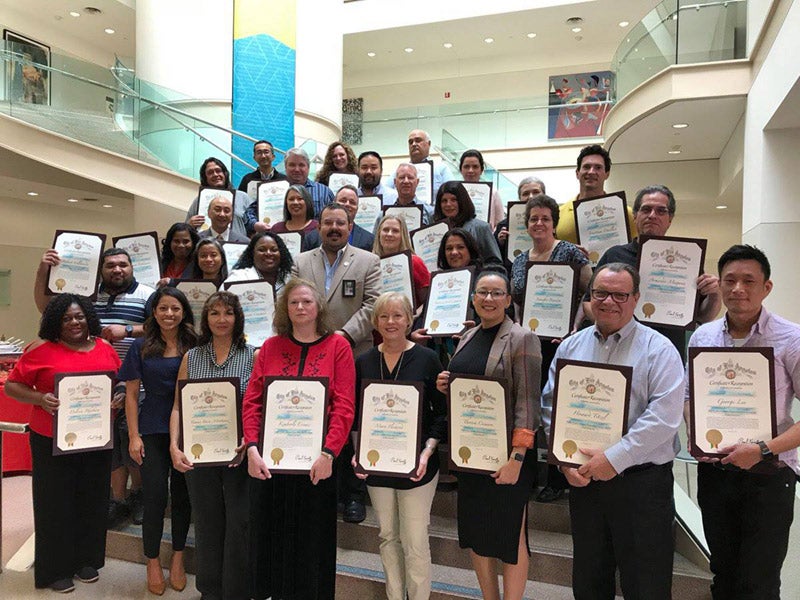 “I was two years out of college when I applied to the Riordan Programs,” Johnson says. “I always knew I wanted to either go get my master’s in psychology and become a family therapist or continue with the business degree. [While working at Anderson], I learned about the Riordan Programs from program co-founder Professor Bill Ouchi. So I applied and it was a great experience.”

Among the program highlights for Johnson were the contacts she made, such as program co-founder and former Los Angeles mayor Richard Riordan. She got a feel for what being an MBA student is like; she even parlayed her Anderson connections, as she was able to enlist the services of Hanssens to present a case to the Riordan Fellows and a group of MBAs. “Since I worked in the department, I asked if he’d be willing to work with me,” Johnson says. “So I got to learn from one of the best, which was really special to me because I respect him so much. He was great to work with, and his research is world-renowned.” Johnson also won the Linda Baldwin Award of Excellence (named for another program co-founder, who was also a colleague of Johnson’s). At a party held in honor of a Riordan Programs classmate, she met the man who would become her husband. 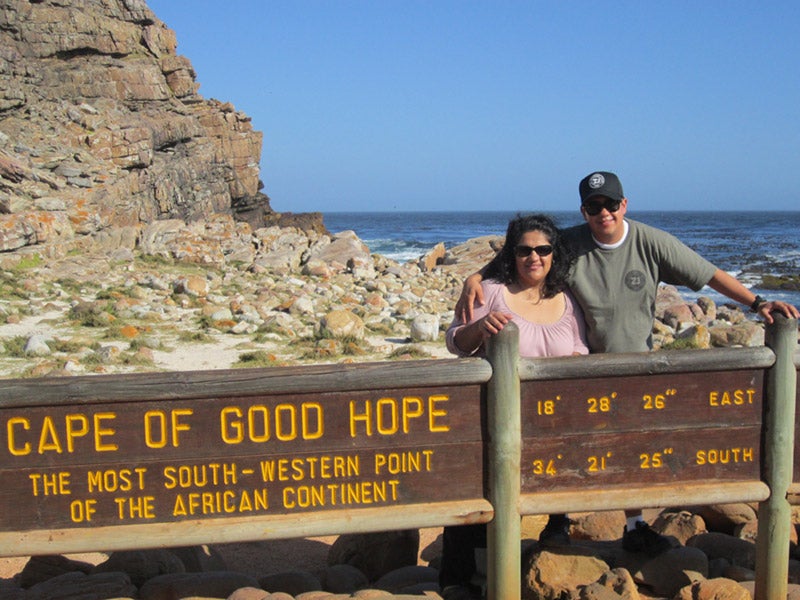 Johnson and her brother Victor in South Africa

Johnson entered the Riordan Programs with an eye toward earning an MBA. But her plans changed.

“It was a hard decision. After I did the program, I was studying for the GMAT and I kept contemplating whether I should do [the MBA] or go into psychology,” she says. While mulling her future, she got married and had her first child, and decided to put school on hold. “I had a really long time to think about what I wanted to do. And I realized that, for me, public service and education stood out more than anything. Whereas, I wouldn’t have known what to do with my MBA necessarily.” Johnson ultimately went on to earn an MPA from California State University, Northridge.

Johnson with Bonny Kim, assistant dean of FEMBA student affairs, at the Great Wall of China

All the while, Johnson continued working as a valuable member of the Anderson staff. For a decade, she worked for the Fully Employed MBA (FEMBA) program, highlighted by her duties working with FEMBA’s Global Access Program and, later, Anderson’s Global Immersion courses. “It was an amazing experience for me,” Johnson says. “I got to go to Latin America: Chile, Peru, Costa Rica. I went to South Africa and Asia, including Beijing and Shanghai. I also went to Prague and Budapest.” During her travels, Johnson served as Anderson’s liaison with students, ensuring they had a safe, rich and rewarding experience.

Johnson now works with Anderson’s full-time MBA program. Her primary responsibility is scheduling classes and her duties require her to liaise with Anderson’s other MBA programs to coordinate course offerings. She also works closely with UCLA’s graduate division.

Johnson’s dedication to Anderson is not merely professional. Johnson was the first of her siblings to attend college. One of her older brothers dropped out of school; the other was killed at age 14. “I think that he would have gone to college. He used to help me with my classes. And a part of the reason I also went was … I sort of felt like I needed to finish what he didn’t get to finish. So I came to UCLA.”

“I love UCLA. I’m a Bruin,” she says, noting that she was even born in a UCLA hospital. “UCLA changed my life.”