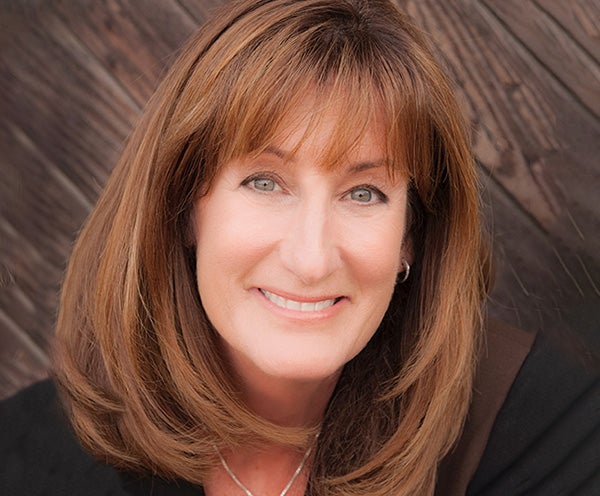 Janice Chaffin (’81) is an independent board director and former high-tech executive who serves on two public technology company boards and two private company boards, including serving as chair of the Nominating and Governance Committee for Synopsys and as a member of the Compensation Committee. Previously, she led the market-share leading Norton brand consumer security business to $2 billion in revenues, with 2,000 employees globally, while demonstrating revenue growth and strong profits for 17 straight quarters. As the first CMO of Symantec, she established an award-winning global marketing function and, as part of the C-suite team, helped grow the company from $1 billion to $6 billion in revenue.

Striving for a Diverse Business Community

You actually don’t have to learn to code.

Janice Chaffin (’81) earned her undergraduate degree at UC San Diego, then took a position with her alma mater’s medical school, hand-processing admission paperwork. She then particated in the school’s transition to automating the admission processes. Chaffin had taken enough coding courses to know she didn’t want to be a developer, per se, but there was something exciting and interesting — and clearly beneficial — about the processes in application software and technology.

“I really started exploring what my options were,” Chaffin says. “One was the UCLA MBA program, because they had a program called Management Information Systems, focused on systems analysis and design.

“That was the right approach for me because I understand technology, but somebody else can code it. What I liked was that I could help put that technology into real practice around a business problem or business challenge. And UCLA had the greatest program,” says Chaffin, who chose UCLA Anderson’s program over a similar offering at a top Midwestern school because the California native knew she’d ultimately build her career on the West Coast.

“For me, it’s fun. The board members are great, the students are really great. They’re amazing in what they know today, their knowledge about the world. They’re just really energizing and fantastic. That’s the best part of being part of Anderson’s Board of Advisors.”

The vast sector of our economy we now refer to simply as “tech” was riding its first wave in the early 1980s. The ubiquity of things we now take for granted, like personal computers and email, were still a few years away. After earning her MBA, Chaffin jumped on that wave with a series of management positions at the Hewlett Packard Company, working in product management and product marketing. The former, she says, was all about finding a real-world problem and understanding whether an exisiting product could meet that need or if a new product could be developed as a solution. Once a product was identified or developed, it became a marketing challenge to bring it to market.

Chaffin would spend 21 years at HP, on the enterprise side of product management and marketing, with the last decade focused on general management. She then joined Symantec as that company’s first chief marketing officer. In that role, her responsibilities expanded to include corporate strategy, market research, public relations, brand management (for both Norton and Symantec), advertising, product marketing, promotional campaigns and more of what she jokingly refers to as “the glitz and glamour” side of marketing.

The challenges Chaffin faced as a veteran of 30-plus years in tech were not limited to her day-to-day responsibilities. As a successful woman in a male-dominated industry, she had to endure the trials that sometimes come with being the only woman in the room. Still, she says, she feels fortunate that HP and Symantec were both companies where women were respected.

Today, when she shares her experiences with current Anderson students as a guest in Professor Bill Cockrum’s ethics course, she acknowledges she did face gender bias at times — though she notes that there weren’t descriptors like “unconscious bias” back when she was having those experiences. “I was lucky overall. I went to Hewlett Packard first, and there were women who were above me in the hierarchy. To me, that was a good signal that you could be recognized for the good work that you do and advance. I had some trailblazers ahead of me,” she says. “But still, as a function of my gender, there were times when I missed a promotion, and when I asked why did I not get that promotion, the answer was ‘Because you’re just too nice.’ Well, that actually is a kind of gender bias. The idea was that ‘nice’ meant you can’t make hard decisions. I had another boss who would say things like, ‘I don’t think of you at that next level.’ And the reason he gave was that I was a mom with two kids at home — things that were irrelevant to my ability to do the job. So, the kinds of things that I experienced were more unconscious biases versus anything very blatant. I’m lucky to say I did not have any horrible ‘me too’ experiences in my career. But then again, I think it’s because I chose two companies where women were, overall, quite respected for what they could do personally, what they could accomplish.”

When Chaffin attended b-school, there were few courses designed for success in the nascent tech industry. Still, her UCLA experience proved invaluable. First, Chaffin cites the teamwork opportunities that have long been a hallmark of Anderson, which she says taught her how to work with a variety of different people on a variety of different topics. “That really taught me a lot of things about what real work is,” she says, “The teamwork aspect was incredible.” Second, Chaffin says that the friends she met while at UCLA are still her friends today. She remains close to many of them, including her teammates and coaches of the softball team that formed among her classmates. In a perfect bit of serendipity, Chaffin — as part of her responsibilities as a member of UCLA Anderson’s Board of Advisors — wrote a letter to a prospective student, aiming to convince her to attend UCLA Anderson. The prospect, it turns out, is the daughter of one of those softball coaches, a classmate and friend of Chaffin’s to this day.

Chaffin’s route to Anderson’s board came at a time when she was evolving her career from full-time executive (her last formal title at Symantec was group president, consumer business, which she held for six years before stepping aside in 2013) to board member at a variety of corporations and nonprofits. A chance meeting with then-UCLA Anderson Dean Judy Olian at a women’s leadership conference led to an invitation to join Anderson’s board.

“Judy had these ideas for how to transition UCLA Anderson from its financial model to self-sustaining, along with other ways to evolve the school,” Chaffin says. “And I thought that would be an interesting journey to be part of, to try to help. That’s how I reengaged. Transformations are kind of my thing.

“On the boards I’m on, I’m not interested in a company that’s just turning a crank. There’s always some major transformation that it needs to go through. That’s where I like to jump in. UCLA fit that kind of element. Now, I have my hands in a bunch of other things, including serving on the Easton Center’s board and as chair of the Alumni Engagement Committee. For me, it’s fun. The board members are great, the students are really great. They’re amazing in what they know today, their knowledge about the world. They’re just really energizing and  fantastic. That’s the best part of being part of Anderson’s Board of Advisors.”

Chaffin’s advice to today’s Anderson students is to have the confidence to do things that are outside their comfort zones, to embrace learning new things. Having a five-year plan for one’s career is fine, she says, but those plans might eliminate some cool possibilities that you didn’t know could come along. She also says to continue to be curious. Companies want curious people because it’s the curious who solve problems. Chaffin cautions against becoming too enamored by “a really cool company” that would look good on a resume. “That might be true,” she says, “but is the culture or environment one in which you can thrive?”

In recognition of her career accomplishments and dedication to UCLA Anderson, Chaffin is the recipient of the 2021 John E. Anderson Distinguished Alumni Award. The award honors alumni whose personal lives, professional achievements and community service examplify the objectives of their alma mater. Chaffin will formally receive the Distinguished Alumni Award later in the spring as she and her classmates celebrate their reunion April 30–May 1, 2021.

Today, Chaffin enjoys her work-life balance. In addition to her board service, she spends time with her husband Steve, her two daughters and grandson. She believes strongly in the imperative to diversify boards. “It is very clear that when you have a diverse set of voices — and it doesn’t have to be just ethnicity and gender, but geographic diversity, diversity of skills and background — that you get a better answer when you’re sitting at the management table or you’re sitting in the boardroom. Having been part of very diverse boards, and actually having been part of a board that went through a complete transition from a board that was basically older-white-male, I can tell you the discussions were entirely different after the transition.”

When she’s not participating in Zoom board meetings, Chaffin is a world traveler. With the pandemic temporarily keeping her close to her Northern California home, she’s been working on putting together photo albums from her various trips. Most recently, she finished the book for Antarctica. (That’s right, Antarctica.)

As for her receiving the 2021 Distinguished Alumni Award, Chaffin admits she was surprised.

“There are a lot of prior recipients whose names are really recognizable in public. And I’m not, necessarily. Maybe in technology I have more recognition, but in general, the people who have received the award before are just outstanding business people,” she says. “I was surprised just to be included in that wonderful group of people.

“The other part of the surprise is, I didn’t feel like I’d done anything out of the ordinary. Everything I do with UCLA and have done in my career and post my regular nine-to-five career have been things that I just personally enjoy. And I’ve loved staying involved at Anderson. I love being with the students because I learn from them, too. They ask great questions and they have perspectives that are interesting to me. And so, I do the things I do because I want to do them and I don’t necessarily feel there’s anything completely out of the ordinary.”

What they’re saying about Janice Chaffin:

Caroline Nahas (B.A. ’70), Vice Chair, Korn Ferry; Chair, UCLA Anderson Board of Advisors: “There are so many attributes about Janice I could highlight, and several stand out. One is authenticity. She has confidence and has achieved much in her career, but there is no arrogance. Another compelling quality is that she gets things done without bravado or seeking recognition. As a board member, she is all in. When she takes on a leadership role or a task, she simply makes it happen. And, not to be overlooked, she does it all with a sense of humor and grace. UCLA Anderson and the Board of Advisors are proud she is an alumna and even prouder that she is the recipient of this well-deserved recognition.”

Jill Baldauf (’81), Associate Dean, UCLA Anderson Office of Alumni Relations: “Janice has always been a natural-born leader. She understood the value of building diverse teams long before it became a leadership tenet. Her rise to become one of the few female presidents in the tech industry is testimony to that. She has been a gracious and generous donor to UCLA Anderson for 40 years. She is never too busy to speak to students, alums or faculty. Janice is truly a distinguished role model for our entire Anderson community. I am so proud to call her my classmate.”

Past recipients of the John E. Anderson Distinguished Alumni Award: