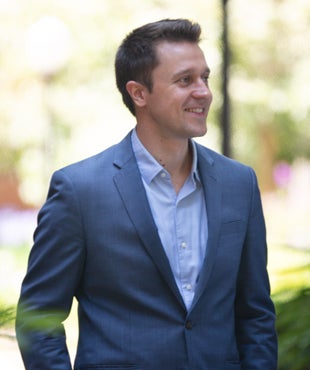 Assistant Professor of Finance
“Stories of housing crises rarely capture the vast heterogeneity of populations and experiences. My research is driven by a desire to understand regional areas across the U.S. and explain why, within the same country, so much variation in real estate markets is possible.”
gregor.schubert@anderson.ucla.edu
/document/77033
https://sites.google.com/view/gregorschubert
https://www.linkedin.com/in/gregor-schubert-6a963833/
Areas of Expertise:
About

Schubert’s latest research considers the variation in house price growth during national boom and bust cycles. He argues that the systematic differences in the degree to which geographic housing markets are affected by common economic shocks can be explained by patterns of migration between U.S. metropolitan areas. Increases in housing costs can cause workers to leave a region in pursuit of more affordable housing elsewhere. “The resulting increase in population in those destinations drives up housing demand and house prices,” says Schubert, “even though the region itself did not experience the fundamental shocks that caused the initial boom.” His analysis and quantification of the data reveal that some of the cross-sectional variation in house price growth among U.S. metros that has puzzled researchers during the recent boom and bust cycles can be explained by shocks spilling over more to better-connected metros than to those without strong links to boom towns.

In other research, Schubert and his co-authors present a novel way to think about the scope of workers’ labor markets and to estimate a causal effect of employer concentration on wages — that is, when workers find themselves in small areas with few potential employers for their occupations, they have little bargaining power. They can’t necessarily secure something better in that area, so lower wages result. “The basic logic of our approach is this: We predict the change in employer concentration in an individual local labor market using changing nationwide hiring behavior of large firms that are active in those labor markets. However, accounting for workers’ ability to move between occupations is important: The effect of employer concentration on wages is four times higher for workers in occupations with low mobility.”

Schubert has worked as a strategy consultant in banking and financial services, industrial and consumer goods, and health care. His advanced education has focused on economics but as an undergraduate at Princeton he also minored in theater. He carries his creative passions into his academic sensibility. If classroom teaching is a type of performance, Schubert hopes to inspire the student audience to think about housing markets in terms of how we choose where we live and why.

The latest versions of Gregor Schubert’s papers and more information about his current research can be found at sites.google.com/view/gregorschubert.