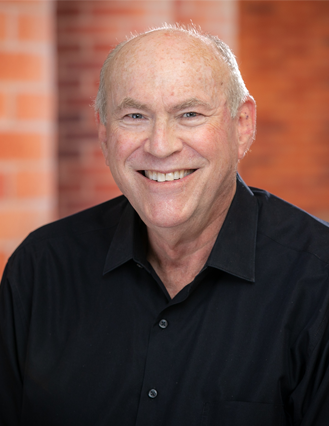 Jeff Scheinrock learned about entrepreneurship at an early age, primarily by watching his parents manage their own electrical engineering business. Working for large companies post college graduation was not to his liking, so he started own accounting company. “I realized that if you wanted to make more, you worked harder. The outcome was in my hands, and I liked that,” he says. “I guess I’m a risk-taker.”

Scheinrock’s initial connection with UCLA Anderson was as Executive MBA faculty advisor in 2006. The following year, he developed a class in business plan development before becoming a continuing lecturer in 2013, and faculty director of the Applied Management Research (AMR) and Business Creation Option (BCO) capstone programs.

A registered CPA, Scheinrock served from 2010 to April 2020 as an officer and board member of Originate, which invests capital and elite engineering talent and startup expertise into high-potential opportunities. The company, the result of a 2010 merger between Scheinrock Advisory Group and Originate Labs, builds products that define the future, utilizing expertise that includes software innovation (mobile/web development, artificial intelligence, cryptocurrency) and strategic consulting (turnaround, product development, market research). Originate partners with the innovation teams of Fortune 500 companies to create transformational software products.

Scheinrock is a former member of GKM Newport Generation Funds, a fund of funds that manages in excess of $950 million for investments into venture capital funds and private equity buyout funds. Prior to founding Scheinrock Advisory Group in mid-1997, he served as vice chairman of finance and strategic planning for Packard Bell NEC Electronics Inc., a company whose sales he increased from zero to $7 billion in six years. At Packard Bell, he negotiated equity investments from Groupe Bull and NEC, and set up operations throughout Europe and Asia, successfully negotiating tax incentives from the different countries. He has also negotiated in excess of $1 billion in bank debt and $3 billion in trade credit from companies such as Intel, Microsoft, Panasonic, Tatung, Lite-On, Seagate and others, and he has handled the negotiation and structuring of all acquisitions, including Zenith Data Systems and Ark Interface Software.

Early in his career, Scheinrock was senior partner in charge of the entrepreneurial services group of Arthur Young and Company’s Los Angeles office.

Scheinrock is co-author of the book The Agile Startup: Quick and Dirty Lessons Every Entrepreneur Should Know, which offers information on how to build companies that continually adapt to the real world.

NASA: Administrative recognition for contribution to the space program

The Agile Startup: Quick and Dirty Lessons Every Entrepreneur Should Know (Wiley, 2013)