CBS & NAACP Partnership: The Power of Content to Advance Fight Against Racism

Images and stories are incredibly powerful tools. Developing content that showcase diverse perspectives and backgrounds is one way for underrepresented groups to increase representation on the screen and expand influence behind the camera. On the heels of the recent racial injustice events, the National Association for the Advancement of Colored People (NAACP) and CBS Television entered into a multi-year partnership to develop and produce diverse and inclusive content for linear television networks and streaming platforms.

Join Anderson alumni for an exclusive event featuring Darrell Miller, the attorney who spearheaded this landmark partnership, in conversation with Jay Tucker, Executive Director, UCLA Anderson Center for MEMES. They will discuss how this initiative came about, the opportunities it will create, and how the resulting programming and content will shape perspectives and drive conversations around critical issues to advance the fight against racism.

Webinar participants can submit live questions for the featured speakers. 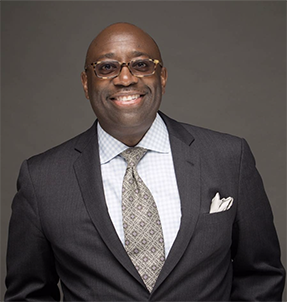 Darrell Miller is the Chairman of the Entertainment Department at the national law firm of Fox Rothschild LLP.

For over two decades, Darrell has worked with individual, production and institutional clients to leverage their careers and high brand equity into multiple streams of income. He is author of the NAACP Image Award nominated book, "The 16th Minute of Fame: An Insider's Guide for Maintaining Success Beyond 15 Minutes of Fame". 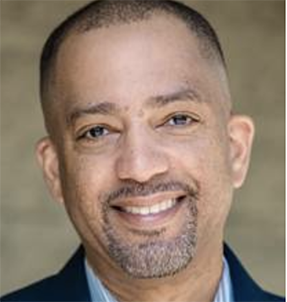 Jay Tucker ('09) is a marketer, educator and technology leader with more than 20 years of experience in the technology, academic and entertainment sectors. At UCLA's Center for Management of Enterprise in Media, Entertainment and Sports (MEMES), Tucker is responsible for the center's vision, thought leadership, educational offerings and major events, including the annual PULSE conference and the MEMES Media, Entertainment and Sports Summer Institute.

"MEMES has been at the center of a number of important shifts in the industry landscape," says Tucker. "We continue to see the rise of digital and internet-based content; the shift to mobile phones and tablets as primary devices for viewing, listening and playing; and new platforms and services that are changing the way people think about entertainment and its value. Our goal is to remain at the center of the conversation as the industry embraces new technologies and business models and finds new ways to monetize entertainment content." Read more.