Skip to main content
Bernard Briskin '49
President, CEO and Chairman of the Board of the Arden Group 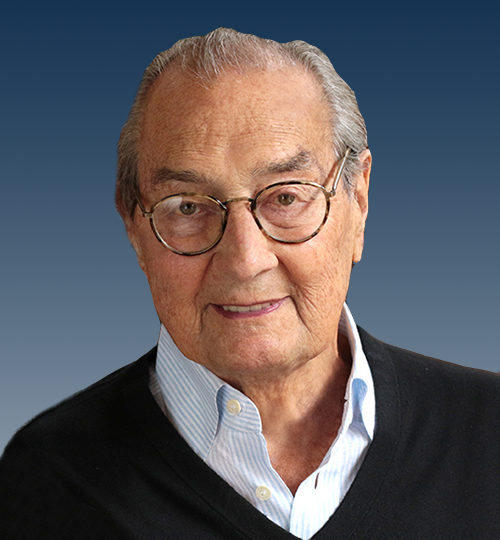 Mr. Briskin was educated at the Black-Foxe Military Institute in Hollywood, California, until he went to prep school on the east Coast at the Worcester Academy in Massachusetts. He returned to California for High School and graduated from Beverly Hills High.

He started his career with a position at the May Company, the renowned department store, in Los Angeles.

From there he went on to become a staff assistant at Norton Simon, Inc. and continued his career path with Telautograph, where he was Treasurer and President from 1963 through to 1978.

In 1978 he joined the Arden Group, which owns, among other interests, Gelson’s Markets. He served as President and CEO of the Arden Group and as Chairman of the Board from 1994 until his retirement in 2014.

He married Judith Ester Briskin (nee Friedman) in 1972 and has 3 children ~ Jeffrey, Deborah and Julie, and 2 step children, Rex and Cam Wilder.

Judy and Bernie Briskin are exemplary philanthropists in Los Angeles and deeply involved in the community at large. Whether it’s medical research, synagogue life, women’s healthcare, underprivileged youngsters, or educational opportunities for those less fortunate, the Briskins eagerly volunteer their time and resources to strengthen the fabric of LA. Additionally, they’ve led fundraising campaigns garnering countless sums for medical, religious, and educational institutions, leaving a meaningful charitable legacy throughout the city.