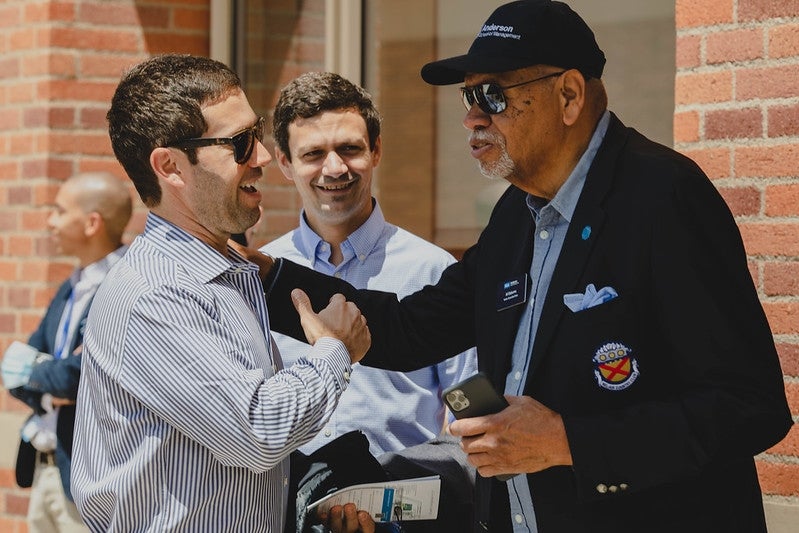 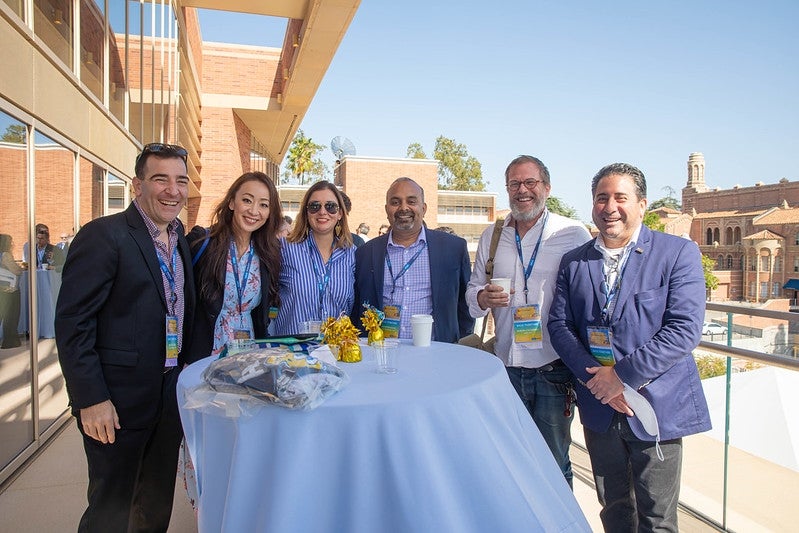 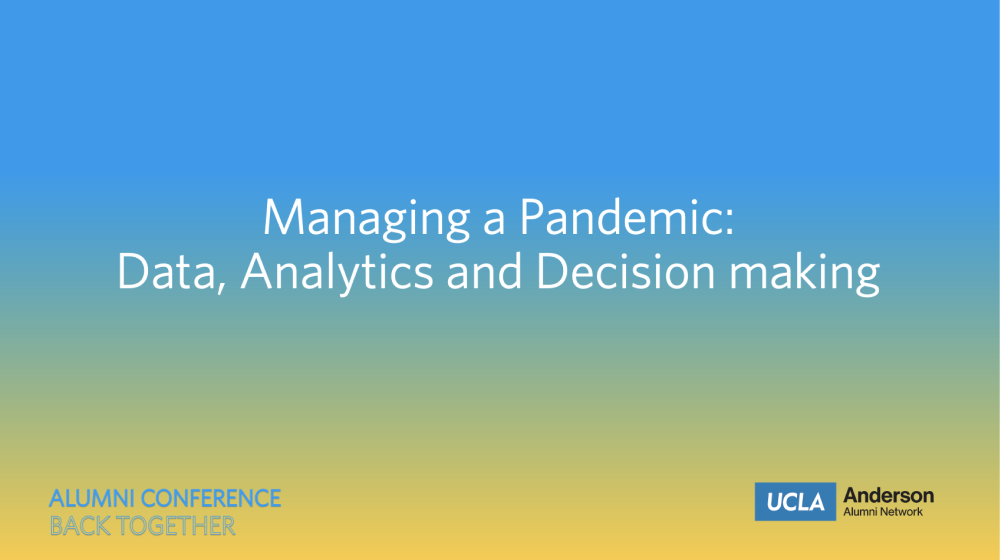 Professor Elisa Long discuss how historical and geolocation data from smartphones can be leveraged to uncover public health and business insights. 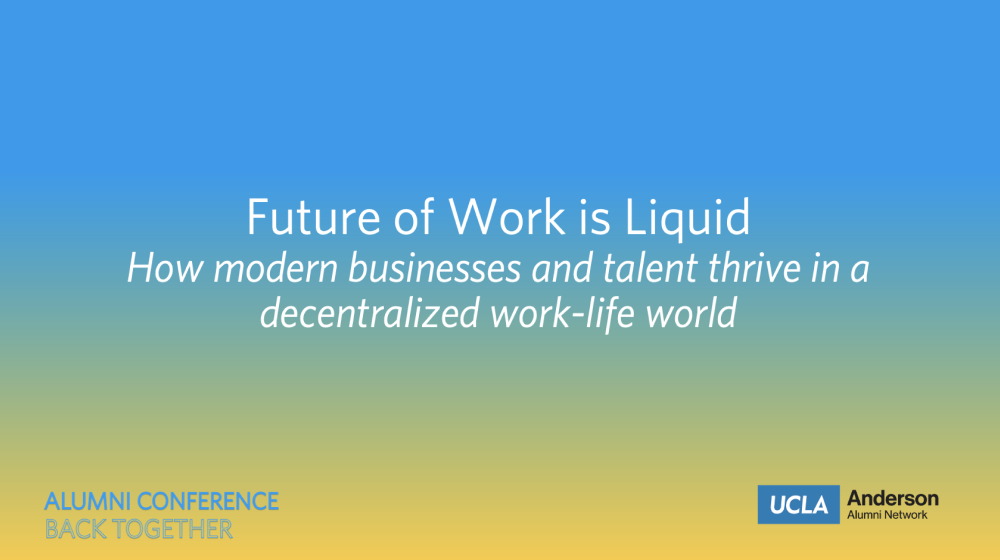 Saujin Yi (’07), CEO & Founder, Liquid, Inc. discusses how a decentralized work-life is a win-win for all and how to take full advantage of the growing liquid workforce. 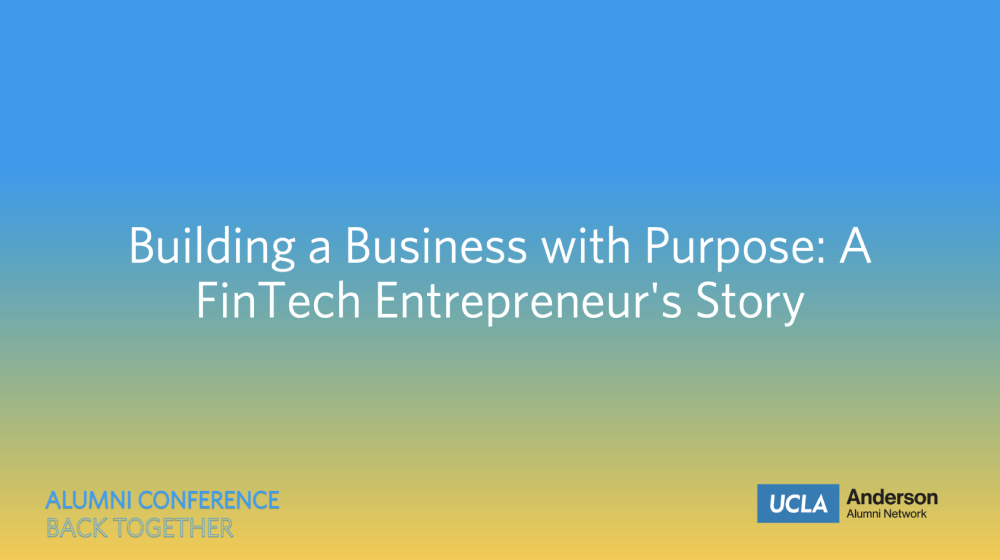 Ksenia Yudina (’14), Founder & CEO of UNest, shares her inspiration for starting the fintech company and lessons as a first time, female founder.

2022 State of the School Presentation

Anderson Alumni Network Board of Directors’ President-elect Zubin Davar (’15) joined Dean Tony Bernardo for a discussion about the state of the school and where it’s headed. 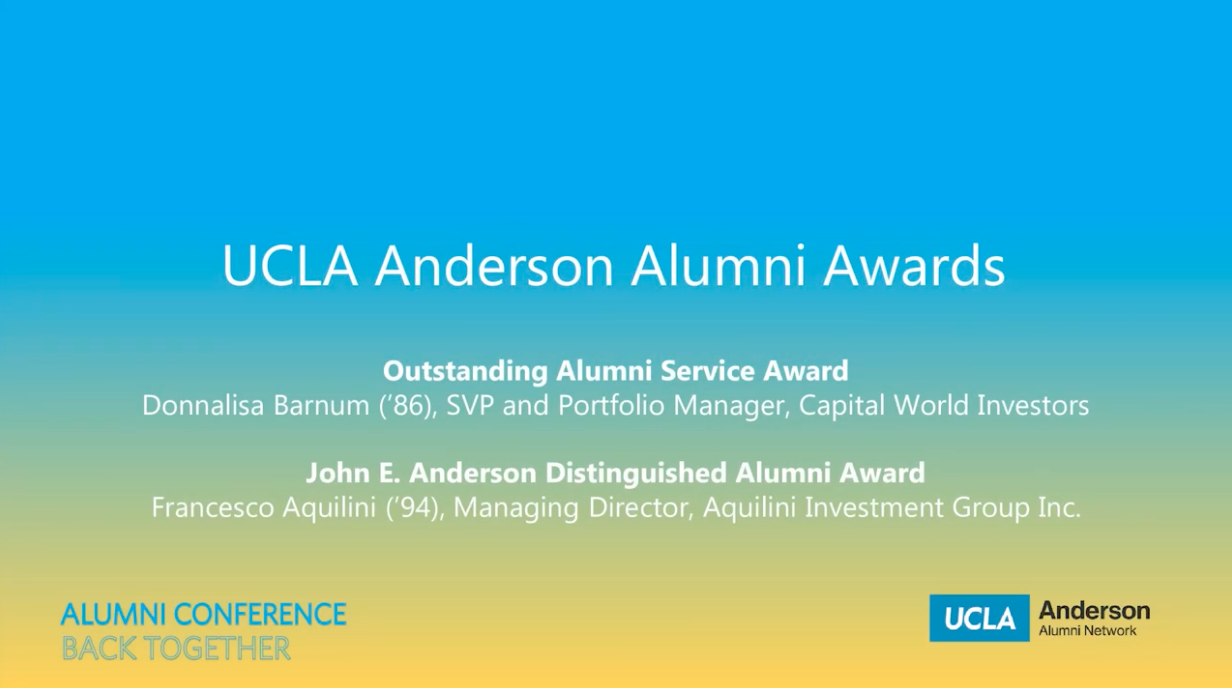 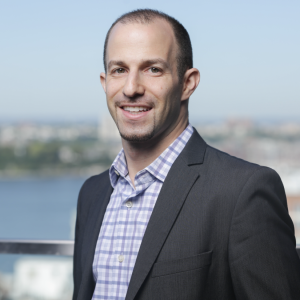 Ben Arnon is Co-Founder and Co-CEO of Curio (CurioNFT.com), the premiere NFT platform for the biggest names in entertainment. Ben has been active as an investor and advisor in the blockchain space since 2016 and bought his first Bitcoin in 2013.

Ben’s professional background is a blend of entertainment, media, and technology. He started his career in the music industry in Atlanta during the mid-1990’s. Ben then transitioned into film and television, working in various creative and business roles at Jersey Films, Universal Pictures, and Universal Music Group. Ben later moved into digital media, leading business development for Yahoo! Music, and ultimately joined tech startup, Wildfire, as its sixth employee, where he played a critical role in scaling the company to 400+ employees and an acquisition by Google.

After spending four years at Google in a sales leadership role, Ben returned to the entertainment industry as a film and television producer. Amongst the films Ben has produced is the award-winning documentary film John Lewis: Good Trouble. 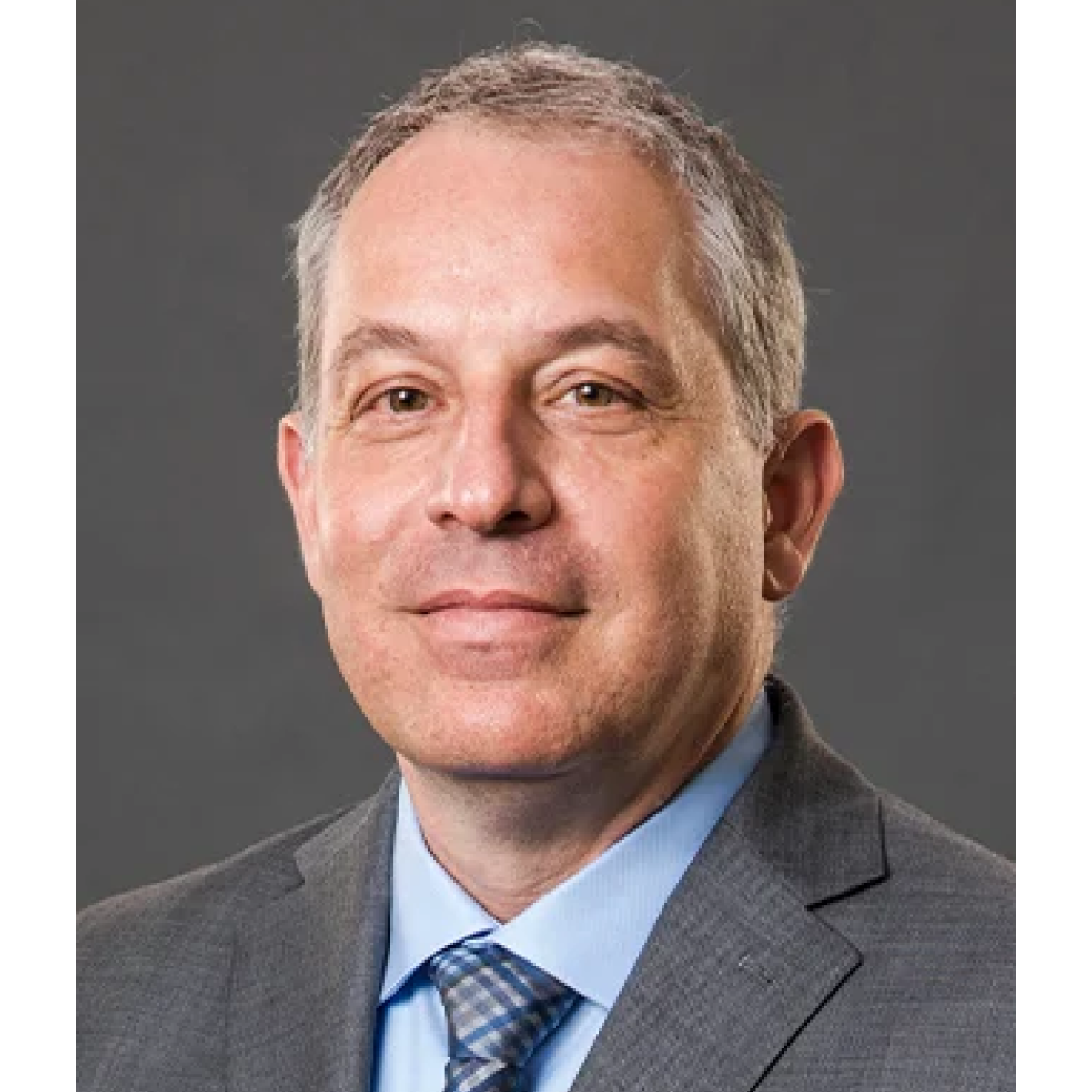 During his 25 years at UCLA Anderson, Dean Antonio “Tony” Bernardo estimates he’s taught more than 5,000 students. Bernardo says some of the best moments are when students walk into his office to dig deeper into a business issue — to learn beyond the classroom material. “Everyone on the faculty I know loves meeting with a hard-working, motivated student,” he says.

Bernardo’s research spans various areas of corporate finance. His recent research on bailouts provided a set of policy recommendations to lawmakers looking to design bailouts for distressed firms. His current research looks at optimal capital structures, or how much debt and equity financing a firm should have. It suggests that capital structure decisions are determined, in part, by the debt choices other firms in the industry are making.

Another area Bernardo is exploring involves optimal compensation of doctors, and designing compensation systems for health providers. “I tend to work on topics that are very diverse,” Bernardo says. “I learn a lot that way.”

In addition to having an impressive list of published papers and working papers, as well as receiving numerous teaching awards, Bernardo serves as associate editor of the Critical Finance Review and Financial Management. 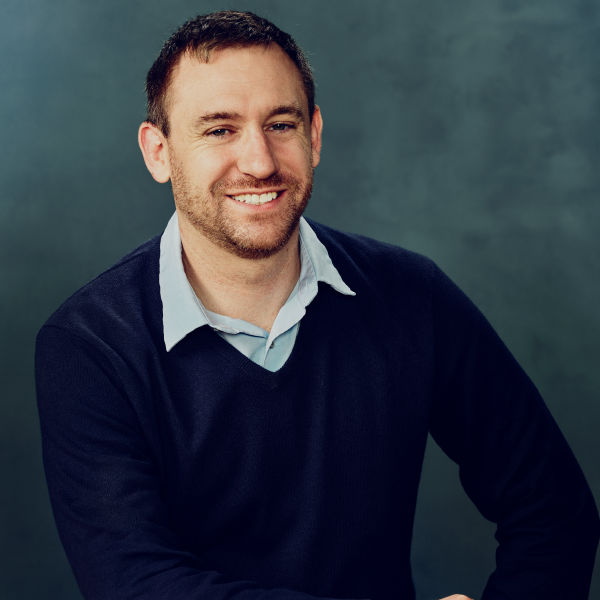 Dustin Goot is Head of Creator Solutions at TikTok, where he oversees programs to foster successful collaborations between brands and agencies and TikTok creators. Previously, Goot led influencer marketing teams at ZEFR and Fullscreen. He has managed the development of software-based creator discovery tools; scaled operations teams to support creator-driven marketing services; and developed a variety of first-to-market, creator-led brand solutions. He has directed strategy and execution for hundreds of cross-platform influencer campaigns for clients including Coca-Cola, Samsung, Honda, Conagra, 20th Century Fox and Taco Bell. Goot received his MBA from Anderson in 2012. 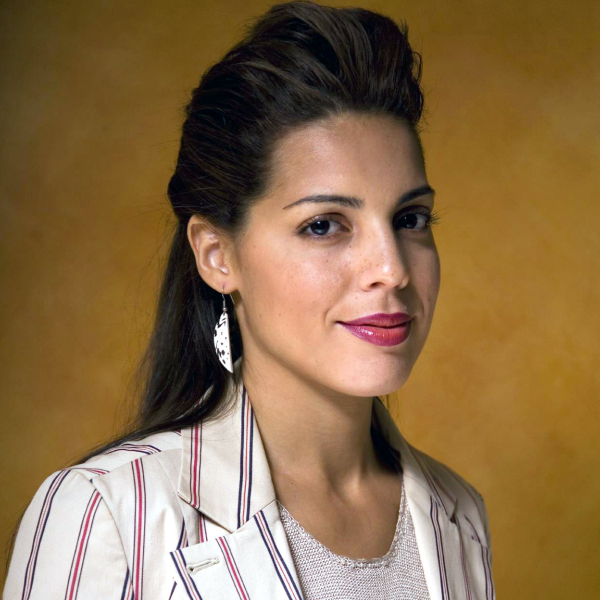 A champion of applying leading-edge marketing strategies across media and entertainment, Lea Kozin is a leading consultant, evangelist and connector. Passionate about the intersection of entertainment, brands and emerging tech, she has a diverse marketing background spanning 15 years in entertainment, tech and action sports. Lea has been a contributor to VRScout, founder of the UCLA Anderson VR/AR Collective, and frequent speaker and event organizer in the space where media, tech and marketing meet. She has lent her expertise to major brands such as Paramount Pictures, Monster Energy, Mazda, the Television Academy, Samsung and Walmart. A member of the Digital Diversity Network Board of Influencers, Lea got her start in entertainment as an ASCAP singer/songwriter for recording artists, film and television and holds an MBA from UCLA Anderson. She is based in Los Angeles and enjoys yoga, reading and spending time with family and friends. 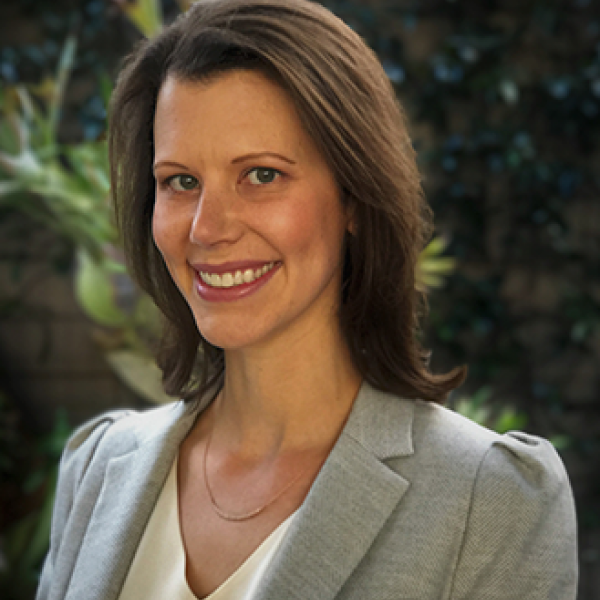 Associate Professor Elisa Long’s research integrates epidemiological modeling, economic analysis and decision making under uncertainty, with the aim of assessing the value of health interventions to help policymakers allocate limited resources most effectively. She has constructed mathematical models to simulate HIV epidemics in Russia, India, South Africa, Ghana and the United States, with the goal of identifying what combination of investments maximizes “bang for the buck.”

Long’s research on the cost-effectiveness of HIV screening was cited by the U.S. Centers for Disease Control and Prevention in their revised recommendations for increased screening of high-risk individuals. She recently published a study that optimizes resource allocation for emerging epidemics, and examined the 2014-2015 Ebola outbreak in West Africa to determine which regions should receive treatment priority (to appear in Manufacturing & Service Operations Management).

While pursuing her Ph.D. in management science and engineering at Stanford, Long became interested in applying quantitative methodologies in operations research to important policy questions in health care. She has published prolifically in business and medical journals on topics in health policy modeling, hospital operations management, and medical technology cost-effectiveness. Her first paper on breast cancer, published in JAMA Oncology, examined the controversial question of genetic testing for breast cancer among all women, not just those with known family history. Given that only 1 in 400 women carry a BRCA mutation, at a price of $4,000, universal testing is not a cost-effective use of resources, and poses additional challenges in terms of feasibility.  In a related study, published in Decision Analysis, Long and her collaborators built a decision analytic model to show when BRCA mutation carriers should optimally undergo surgery. For this new area of research, she received the 2015 UCLA Faculty Career Development Award.

At Anderson, Long teaches the introductory Data and Decisions course for MBA and EMBA students. Her goal in the classroom is to distill information for students in the most relevant possible way, “whether it’s reading a newspaper article with a different perspective, or creating a model to help decide whether to buy or lease a new car,” she says. She uses the classic example of Let’s Make a Deal to demonstrate that probability is a field in which your intuition can often lead you astray. “You must take into account your prior state of beliefs and what new information is presented, before calculating the probability of observing some outcome. This is as true for a game show as for interpreting a genetic test result.” What MBA candidates learn from television game show strategy, Long says, could be applied in careers ranging from credit card fraud detection to airline flight scheduling.

Coincidentally, Long was a contestant on another game show, The Price Is Right, where her numbers expertise won her two new cars. In a Washington Post editorial, she wrote about how she used statistics to maximize her chances of winning on the show.

Among Long’s newest interests is improving patient health literacy. For many patients faced with a disease diagnosis, the amount of available — and often conflicting — information can be overwhelming. Whereas consumers are demanding more transparency within entrenched industries like health insurance markets, Long sees disturbing evidence of the average person’s misunderstanding of his or her own illness, such as why a certain course of treatment might be recommended for specific cancers. She plans to embark on future research to better understand why some patients might overestimate their risks in the face of serious disease and how they can become more literate around their treatment options. 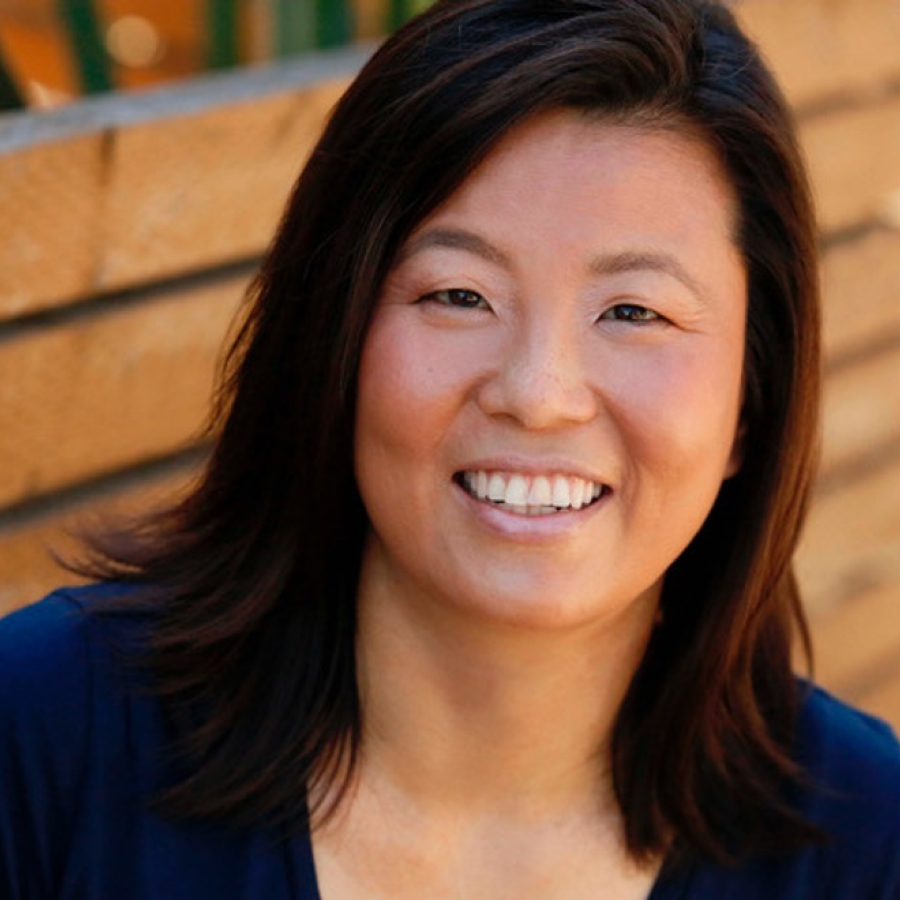 Saujin Yi is the founder and CEO of Liquid, a venture-backed fintech and future of work startup building the operating system for agile businesses and their global contractor-vendor networks. She brings more than two decades of business and product-led growth experience to the role.

Previously, as senior vice president of strategy and product at video game subscription rental giant GameFly, Saujin launched the company’s digital division and led the unit to 4x margin growth. Prior to that, she was an investment banker at Chanin Capital Partners and Credit Suisse First Boston.

A supporter of women-led startups, Saujin makes pre-seed investments under 79 Studios where 40 percent of the portfolio have had successful exits and the remainder have gone on to raise additional rounds of capital at high valuations. She currently serves on the board of FlexTeam, a consulting firm of executive-level women that she co-founded in 2016.

Saujin holds a Bachelor of Science in Mechanical Engineering from MIT and an MBA from the UCLA Anderson School of Management where she now is a part-time lecturer in the entrepreneurship program.

Ksenia Yudina, CFA, is the founder & CEO of UNest.

Prior to founding UNest, Ksenia spent over a decade working in financial services, most recently at Capital Group, where she realized that the industry failed to recognize that parents' number one priority is saving for their children. She decided to create a simple, affordable financial solution accessible to all families.

Ksenia has raised nearly $40M from leading VCs including Anthos Capital, Northwestern Mutual, Franklin Templeton, The Artemis Fund, Altair, Draper Dragon, Unlock Ventures, One Way Ventures, Launchpad Capital, Bitfury, and NBA All-Star Baron Davis. She has been featured in the Wall Street Journal, New York Times, TechCrunch and has appeared on CNBC, Yahoo Finance, Bloomberg, and Cheddar. She was included in InvestmentNews’ 40 Under 40 list and named one of the Top 25 Women Leaders in Financial Technology by the Financial Technology Report.

She holds an MBA from UCLA Anderson School of Management and is a CFA charterholder.