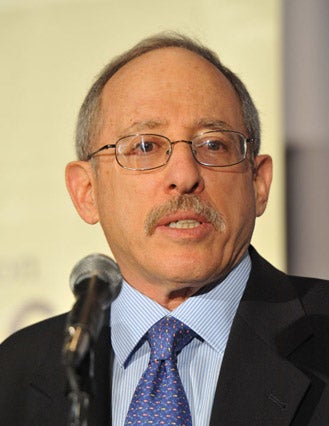 David Shulman is Distinguished Visiting Professor and a “Managing Director” at the Financial Leadership Program at Baruch College where he mentors students seeking front-office careers on Wall Street, and a Visiting Scholar/Senior Economist at the UCLA Anderson Forecast where he is responsible for U.S. Macro. In addition, he is currently Managing Member of his LLC where he is engaged in investment and litigation consulting. He comments on his blog, http://shulmaven.blogspot.com.

In December 2005, he retired from Lehman Brothers where he was Managing Director and Head REIT analyst. From 2001-04 he was voted on the Institutional Investor All Star Teams including First Team in 2002. Prior to joining Lehman Brothers in 2000 he was a Member and Senior Vice President at Ulysses Management LLC (1998-99) an investment manager of a private investment partnership and an offshore corporation whose total investment capital approximated $1 billion at the end of 1999. From 1986-1997, Mr. Shulman was employed by Salomon Brothers Inc in various capacities. He was Director of Real Estate Research from 1987-91 and Chief Equity Strategist from 1992-97. In the latter capacity he was responsible for developing the Firm’s overall equity market view and maintaining the Firm’s list of recommended stocks. Mr. Shulman was widely quoted in the print and electronic media and he coined the terms “Goldilocks Economy” and “New Paradigm Economy”. In 1991, he was named a Managing Director and in 1990 he won the first annual Graaskamp Award for Excellence in Real Estate Research from the Pension Real Estate Association.

A graduate of Baruch College (1964), Mr. Shulman received his Ph.D. (1975) with a specialization in Finance and a M.B.A. (1966) from the UCLA Graduate School of Management. He is married and has three grown children.